Abu Dhabi, United Arab Emirates: Under the auspices and presence of H.H. Sheikh Nahyan bin Zayed Al Nahyan, Chairman of  Board of Trustees of Zayed bin Sultan Al Nahyan Charitable and Humanitarian Foundation, Zayed Foundation launched its new corporate identity under the theme of “Sustainable Giving”, which includes a new creative design bearing the name of the founding Father and inspired by his own handwriting from an old letter to his brother, the late Sheikh Hazza bin Sultan Al Nahyan.

The announcement of the foundation’s new identity took place at an official ceremony organised by the Foundation on Wednesday in Abu Dhabi; in the presence of members of the Board of Trustees, Sheikh Marwan Rashid Al Mualla, Chairman of Lands and Properties in Umm Al Qaiwain, H.E. Hamad Salem bin Kardous Al Ameri, Director-General of the Foundation, a number of officials, staff and strategic partners.

The ceremony also saw the launch of the new website and mobile application; available to “Android” and “Apple” users.


The Foundation revealed that “Sustainable Giving” reflects the concept on which it was established as a charitable endowment named after the late founding Father Sheikh Zayed bin Sultan Al Nahyan, to support sustainable charity and humanitarian projects, activities and events within and outside UAE. Additionally, it contributes towards the achievement of economic and social development, and improves people’s lives.

In his speech, H.E. Hamad Salem bin Kardous Al Ameri, Director-General of the Foundation said: “Today, we crown the legacy of giving that began with the endowment of our late Founding Father by launching a new corporate identity in a charity and humanitarianism chapter.”

Bin Kardous also added: “Together we celebrate the Foundation’s achievements spanning the past 27 years during which its initiatives reached more than 170 countries around the world. Additionally, it is an honor to preserve the late Sheikh Zayed’s global humanitarian vision by assisting those in need, at home and abroad, regardless of race, gender and religion.”

Bin Kardous stated: “Today, we extend our gratitude and acknowledgment towards everyone who contributed in the success of the Foundation, and strengthened the UAE's global leadership in charitable and humanitarian work.”

His Excellency confirmed that the launch of the new corporate identity is a renewal of vows as the Foundation looks forward to even greater achievements in 2019, the Year of Tolerance, by continuing and intensifying its efforts to improve humanitarian and charitable projects. He also highlighted the guidance of the UAE wise leaders and the principles of tolerance undertaken by late Sheikh Zayed bin Sultan Al Nahyan that aided today’s achievements.

The ceremony included a video presentation of the Foundation's achievements shedding light on its most important projects and programs from 1992 to date; which provided aid to numerous people in need around the world.

An introductory video of the Foundation’s new logo was also presented during the ceremony featuring the new logo design, concept behind it and the values that express the Foundation's direction and vision.

During the ceremony, the Zayed bin Sultan Al Nahyan Charitable and Humanitarian Foundation revealed its new vision to “honour and preserve the late Sheikh Zayed’s global humanitarian vision by assisting those in need, at home and abroad, regardless of race, gender or religion”.

The Foundation’s new mission is to “manage our financial resources to develop sustainable programs that improve the healthcare, education and infrastructure of developing nations. As a leading humanitarian charity, we assist developing countries in improving the quality of people’s lives.”

Under ‘Education’, the Foundation contributes in delivering the tools and infrastructure to improve standards of education. Under ‘Health’, it works on improving lives by enabling the provision of world-class healthcare, while ‘Charity’ is realised through supporting those in need by providing unique programs and initiatives.

The ‘Hajj’ project focuses on helping Muslims in need to perform Hajj, whereas the ‘Relief’ program is achieved by standing ready and alert to provide immediate help during times of crisis regardless of religion, gender or race. Finally, the sixth key area of ‘Rewards’ is realized through honoring, recognizing, and supporting people whose achievements have impact on the community in all fields.

The new corporate values of the Zayed bin Sultan Al Nahyan Charitable and Humanitarian Foundation include three main values: Firstly, giving while maintaining dignity to all people regardless of nationality, gender or religion and recognising the dignity and rights of every human being.

Secondly, Innovative and Creative; to constantly search for innovative and creative ways to transfer knowledge and capabilities. The Foundation invests in developing human capital to improve the quality of life. Lastly, Collaborative and Professional; the Foundation collaborates professionally and efficiently with its partners and respective global communities. This reflects the UAE’s international humanitarian role with integrity and transparency.

The Foundation also launched its mobile application available on both Android and Apple stores allowing users to view the Foundation’s projects and programs, learn more about its services, and register in a number of programs including: Zayed Pilgrimage Program and other services as part of its endowments, charity and humanitarian projects.

The new website offers its users access to electronic charity and humanitarian services such as applying for Hajj, medical and educational aid programs. It also allows its browsers to view the Foundation’s news, key statistics and a selection of its publications using an innovative interactive interface. The interface is designed based on global best practices in the field.

A not-for-profits, non-governmental charity organization established pursuant to Law No. (5) of 1992 by its founder late Sheikh Zayed bin Sultan Al Nahyan. Late Sheikh Zayed created an endowment of one billion US dollars for the Foundation to direct all Foundation’s revenues towards charity and humanitarian projects within and outside UAE.; 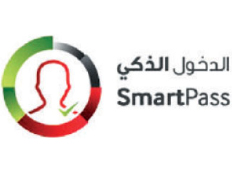